If you’re a beer lover, finding new beers to taste is fun journey. However, your local grocery store or liquor store usually only has so many options.

Should you find yourself in search of great new beers to try, a beer of the month club might be the best way to do so. These clubs will send a shipment of curated beers to your door every month for as long as you’d like.

If you’ve been stuck in a “beer rut”, it gives you the ability to ditch the same old beers you’ve been drinking in favor of something new. Who knows, maybe you’ll find your new favorite brew…

Let’s jump into it!

1. Great Clubs Beer of the Month Overview: Great Clubs started their Beer of the Month Club in 1994. Since then, they’ve been delivering great tasting, high-quality microbrewed craft beers that they’ve sourced from breweries across America. In each month’s order, you’ll receive a variety of craft beers from two or three different breweries. The breweries they work with changes every month to ensure plenty of new options. Plus, they’re all traditionally brewed from only natural ingredients like barley, hops, yeast, and water. They ensure none of their beers have chemicals, corn, rice, or preservatives.

The Beers: In your box, you’ll have 12 full-sized, 12-ounce beers, giving you plenty of beer to try throughout the month. You’ll get Ales, Lagers, Bocks, IPAs, Stouts, Porters, and more. Examples of some of the beers you may receive include: Great Divide’s Denver Pale Ale, Local Color’s Smooth Talker Pilsner, Snake River’s Lager, and Coast Range’s California Blonde. Also included in each monthly delivery will be a personalized gift letter and their monthly newsletter that covers the beers in your box as well as some fun facts. Now, if you’re worried that you might not be happy with your subscription, they offer a 100% satisfaction guarantee.

2. Beer of the Month Club 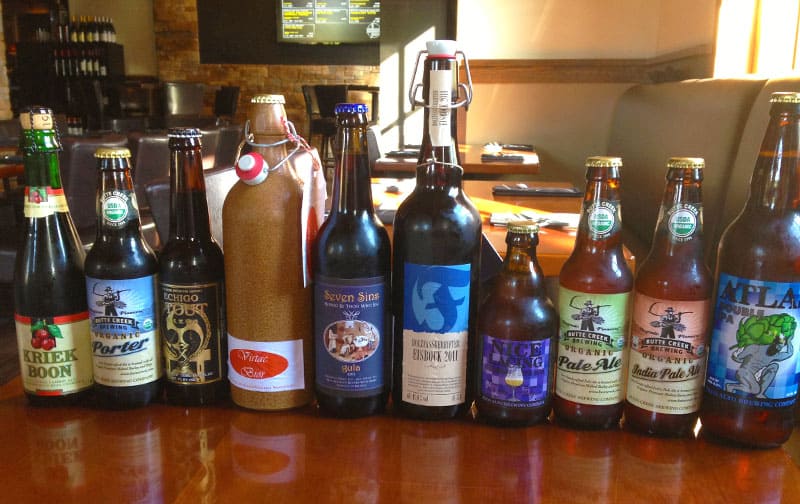 Beer of the Month Club Highlights

Overview: The Beer of the Month Club has also been around since 1994. They offer hand-crafted microbrews that have been curated from over 10,000 U.S. and international breweries. This allows you discover quality beers from around the world without ever having to leave your home. What makes this one different is that they have five unique beer clubs that you can choose from when signing up for their service. This allows you to customize it to your own preferences. 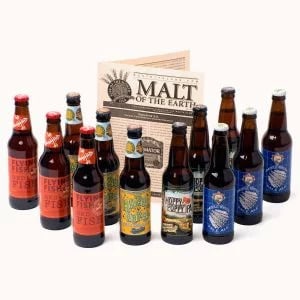 The U.S. Microbrewed Beer Club includes 12 full-sized, 12-ounce craft beers. There will be four different beer styles, which will all come from two different lightly distributed craft breweries in the United States. Inside each box, you’ll also find brewery profiles so you can learn more about where your beer came from, plus tasting notes. Featured beers include Zipline Brewing Company’s Oatmeal Porter and Heavy Seas Beer’s AmeriCannon.

If you choose to sign up for this beer club, it’ll cost $29.95 per month. There’s also an additional $15 fee for shipping and handling. It’s the most affordable option from the Beer of the Month Club. 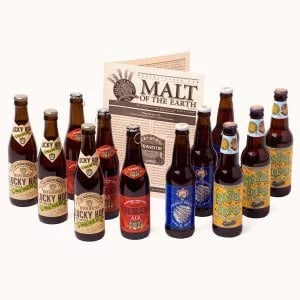 If you’d like to experience some beers from outside the United States, The U.S. and International Variety Beer Club will deliver just that. You’ll receive 12 full-sized, 12-ounce beers from three for more lightly distributed U.S. and international craft breweries. Each box features four different beer styles, as well as brewery profiles and tasting notes. 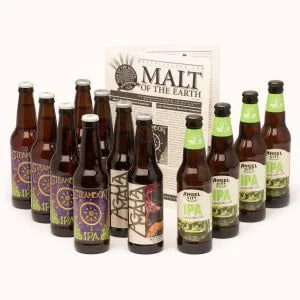 The Hop-Heads Beer Club is perfect for those who love a hoppy beer. You’ll receive a variety of IPAs, Double IPAs, Imperial IPLs, Sessional IPLs, as well as hoppy pale and Red Ales. Each beer will come from two or more lightly distributed craft breweries based either here in the United States or internationally. Each box will include 12 full-size, 12-ounce beers, giving you plenty to try throughout the month.

Featured beers include Heavy Seas Beer’s TropiCannon and Zipline Brewing Company’s Alpha Modern IPA. Your subscription to the Hop-Heads Beer Club will cost $34.95 per month, plus an extra $15 for shipping and handling. 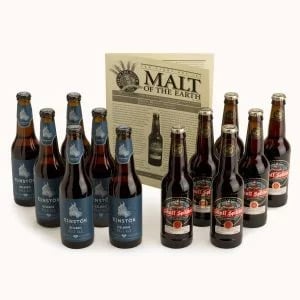 If you really want to expand your horizons, The International Beer Club will deliver two different beer styles from lightly distributed international craft breweries straight to your door. Like the other subscriptions, you’ll receive 12 full-size, 12-ounce beers in every box, as well as the brewery profiles and tasting notes.

Featured beers include König Brauerei’s König Pilsener and Cerveceria Allende’s IPA. This monthly subscription will cost $37.95 plus $15 for shipping. 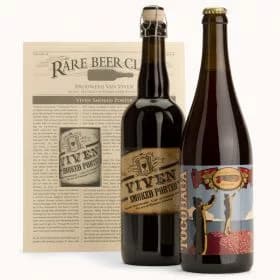 You can really shake up your beer collection with The Rare Beer Club. You’ll receive two different hand-crafted, limited release, artisanal beers from two of the world’s best breweries. You will also have a choice between receiving either one, two, or three 750 mL bottles of each of the two featured beers. 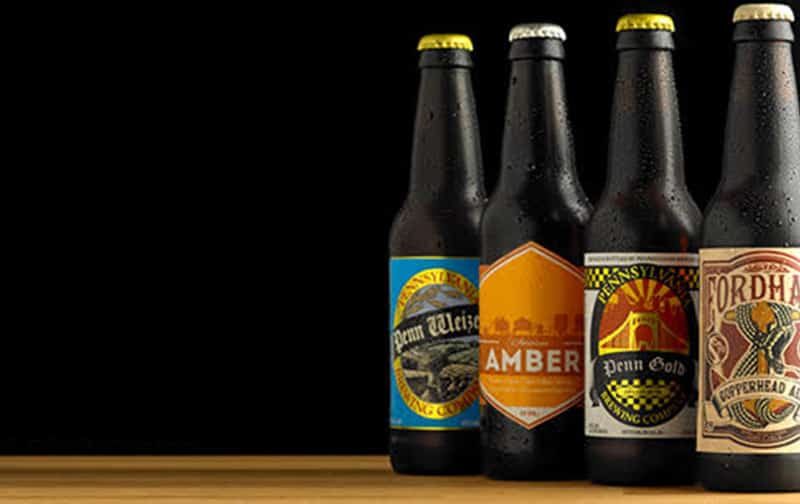 Overview: Beer Across America is one of the oldest beer clubs currently around, having been founded in 1992. It was started by two high-school friends from Barrington, Illinois who took out ads in Chicago Magazine selling a subscription for two six packs of craft beer every month. Decades later and it’s grown into what it is today.

The Beers: When you sign up for a subscription with, you’ll get a delivery of 12 unique beers delivered straight to your door for just $39 per month. Each box features award-winning selections that have been curated by their panel of beer experts. You’ll receive four varieties of beer from two independent craft breweries. Some of their featured beers have included Boulder Beer Company’s Shake Chocolate Porter, Flying Fish’s Hopfish IRA, and Peak Organic Brewing Company’s Summer Session IPA. With every Beer Across America order, you’ll receive a monthly newsletter that features the history of each brewery they’ve partnered with for that selection of beer. This newsletter also includes tasting notes and fun facts about each of the beers. Plus, you’ll receive a personalized bottle opener so you can easily crack open your first bottle. So, if it’s a gift, you can write the recipients name, what you’re celebrating, etc.

Pricing/Shipping: This club costs $39 per month and shipping is always free. You’ll have the ability to pay per month or pay in full. 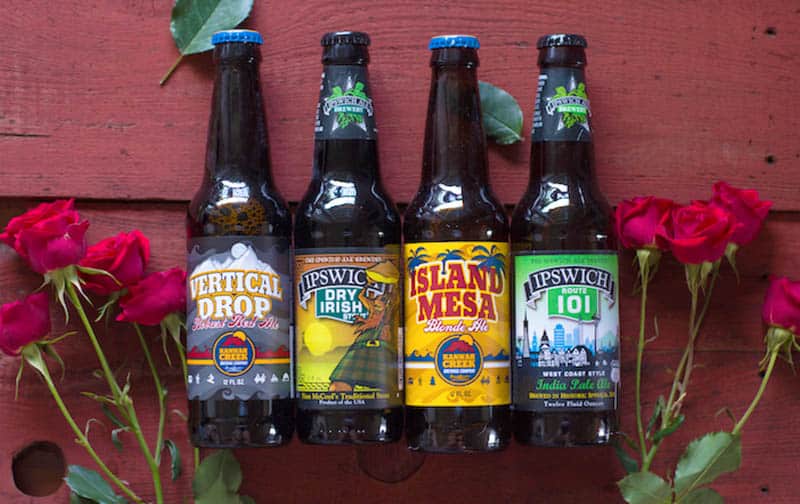 Overview: Your monthly shipment from the Craft Beer Club includes 12 world-class craft beers that have been curated from microbreweries around the United States. You’ll receive four different styles, two from each craft brewery they’ve partnered with for the month. There will be three bottles of each beer, allowing you to enjoy your new favorites more than once. If you want more, they also have a 24 beer plan option, which doubles everything mentioned above.

The Beers: Some of the breweries they’ve partnered with include Brau Brothers Brewing Co., Brothers Craft Brewing, Serda Brewing Company, BridgePort Brewing Company, Zipline Brewing Co., and Carson’s Brewery. And with Ambers, IPAs, Porters, Stouts, and plenty of others, you’re sure to find something your tastebuds will enjoy. The Craft Beer Club also includes a monthly newsletter that features the story behind the beer, where it originated, and what pairs well with it.

Pricing/Shipping: This club starts at $42 per shipment and shipping is always free. You can choose to receive shipments monthly, every other month, or quarterly. 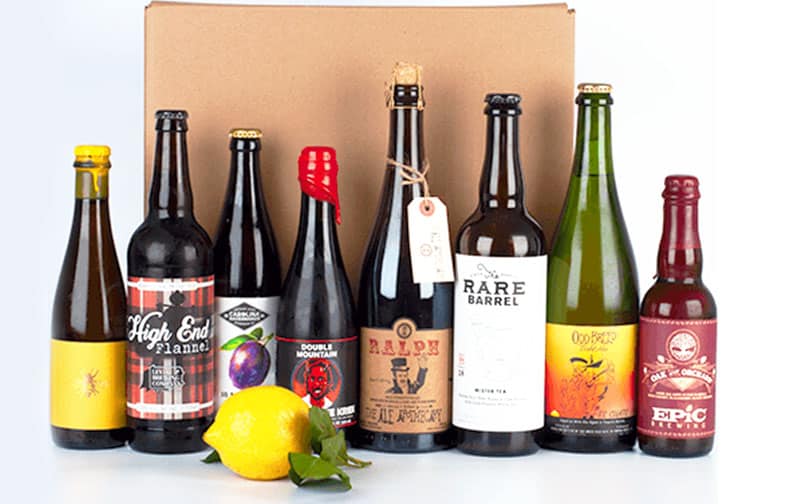 Overview: For an honorable mention, another “beer club” you’ll want to check out is Tavour. This service is a little different than the others in the way that it works. Every day through their app, you’ll gain access to two rare beers that you’re unlikely to find in your area. You can then claim the beers you want and skip the ones you don’t want. Your chosen beers will then be shipped and delivered to your door.

The Beers: Some of their previously featured beers include Juicy Bits from WeldWorks, Anchorage Brewing’s Within Us, Westbrook’s Maple Barrel Aged Chocolate & Sea Salt, and Toppling Goliath’s King Sue. You’re in full control over deciding which beers you receive so there’s never any surprises.

Pricing: Since this app is basically like a marketplace for unique beers, the amount you pay is going to vary from shipment to shipment.

How We Made Our Selections

There are quite a bit of different beer of the month clubs out there. So, how did we choose the ones that made it to our top picks? It all comes down to our rigorous and tedious research process guided by the following principles…

Why Try A Beer Of The Month Club?

Beer clubs aren’t for everyone. Only those who consider themselves true beer connoisseurs will likely get the most value from these monthly clubs. Here’s why you may want to give one of them a shot…

How To Pick The Right Club For Yourself

Picking the right beer of the month club can seem like a tedious task, given there are so many options. The key is to understand what you value most and choose the service that best fits your needs.

Beer clubs, like the ones we covered above, are great ways to expand your beer palate. The key to finding the right one is to understand what you’re looking to get out of it. Do you want it to be inexpensive? Looking for craft beer variety? Is it a gift for a friend or family member? Each beer of the month club has its own pros and cons to consider.

In the end, if you’re a beer lover, it is one of the best ways to carry on your journey of exploring the world of beers in a fun way.

Have a question about any of the beer of the month clubs we covered above? Let us know in the comments below! 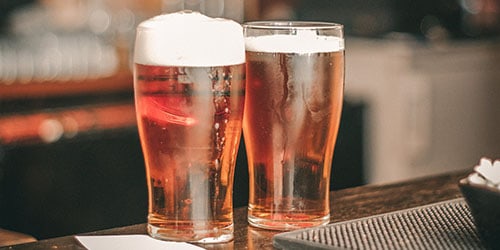 Beer of the Month Club